One of my favorite parts of spring is watching the birds get their mating colors. Goldfinches transform from a dull gray with hints of yellow to brilliant gold. Cardinals begin to flash their scarlet coats, and bluebirds show off their cerulean feathers. You know spring is near when you see robins hop-hop-hopping along, looking for worms.

I find feathers fascinating. It’s always exciting to me when I find one on the ground, particularly if I can tell which type of bird its owner was. It’s hard to identify feathers when they are separate from their bird! They don’t always look like you think they will. 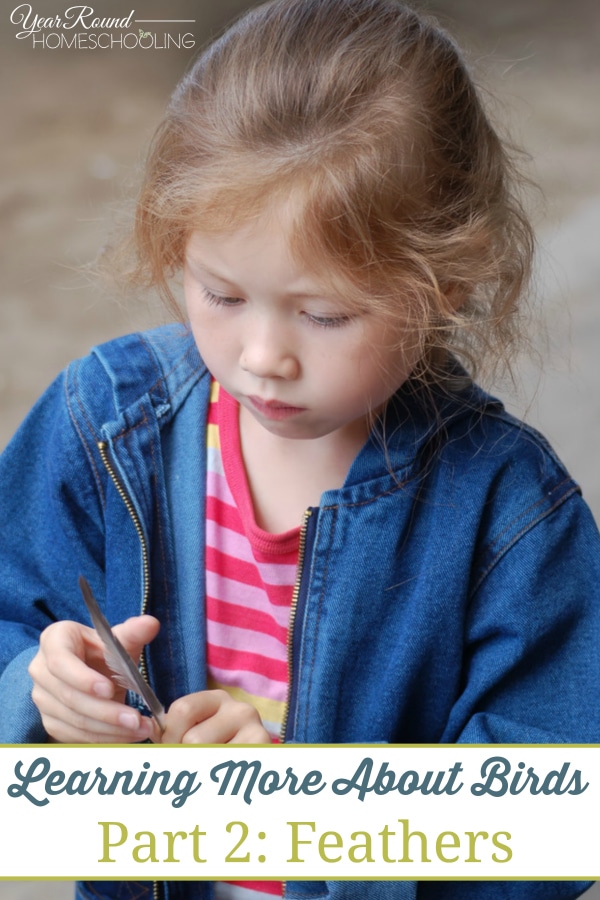 Before we talk too much about feathers and finding them, I’d like to reassure you that it’s very unlikely that you, or your children, will pick up a disease or parasite from feathers you find on the ground. You should not pick them up from under a nest or a chicken coop, because they will be there with droppings, and that’s where the nasties are. Of course, you should probably have everyone wash their hands after handling feathers, like you would with just about anything you find outside, but there’s no need to wear a hazmat suit, or keep your kids from enjoying feathers they find. I did read that bird nests, on the other hand, should be treated as hazardous waste! (Note: I have handled several bird nests, lived to tell about it, and didn’t even get sick.)

Aside from being nifty nature study finds, feathers are important for birds for several reasons, and are a great thing to incorporate into your bird studies. Feathers are the one characteristic that distinguishes a bird from all other types of creatures. Did you know that? An octopus has a beak, and a platypus has a bill. Bats have wings, and can fly. Only birds have true feathers, though.

According to the Handbook of Nature Study, Feathers have three basic parts: 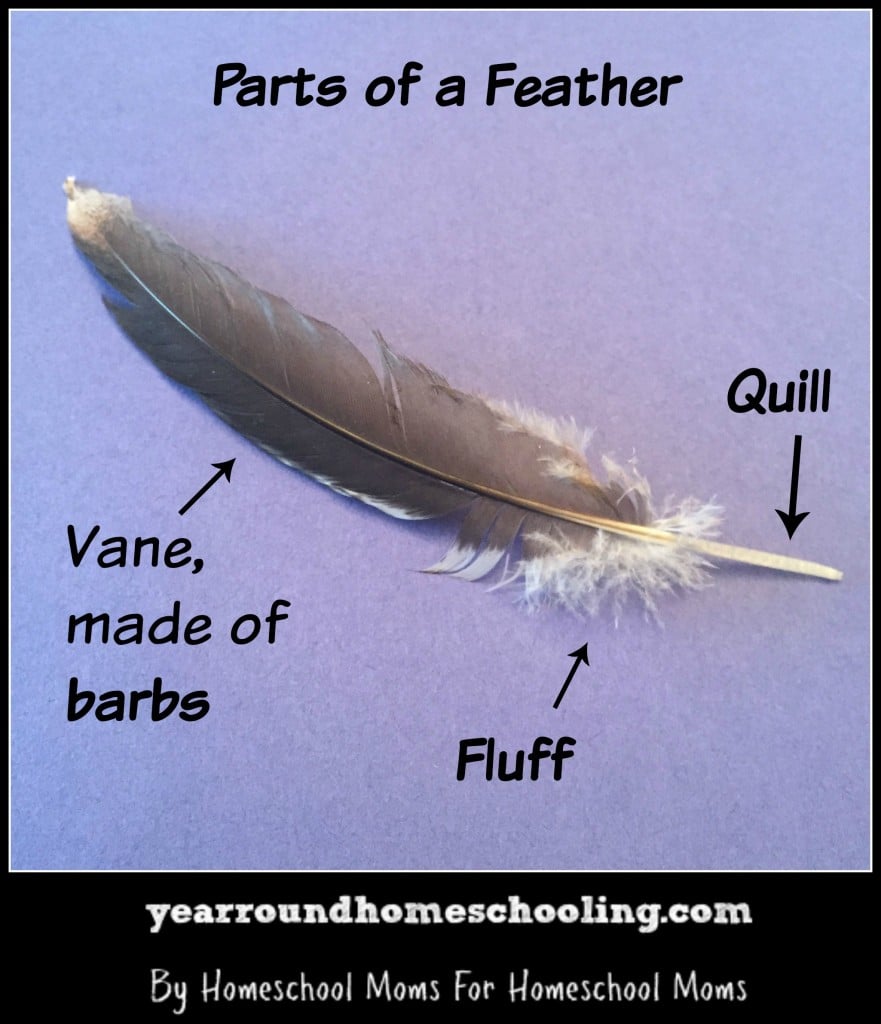 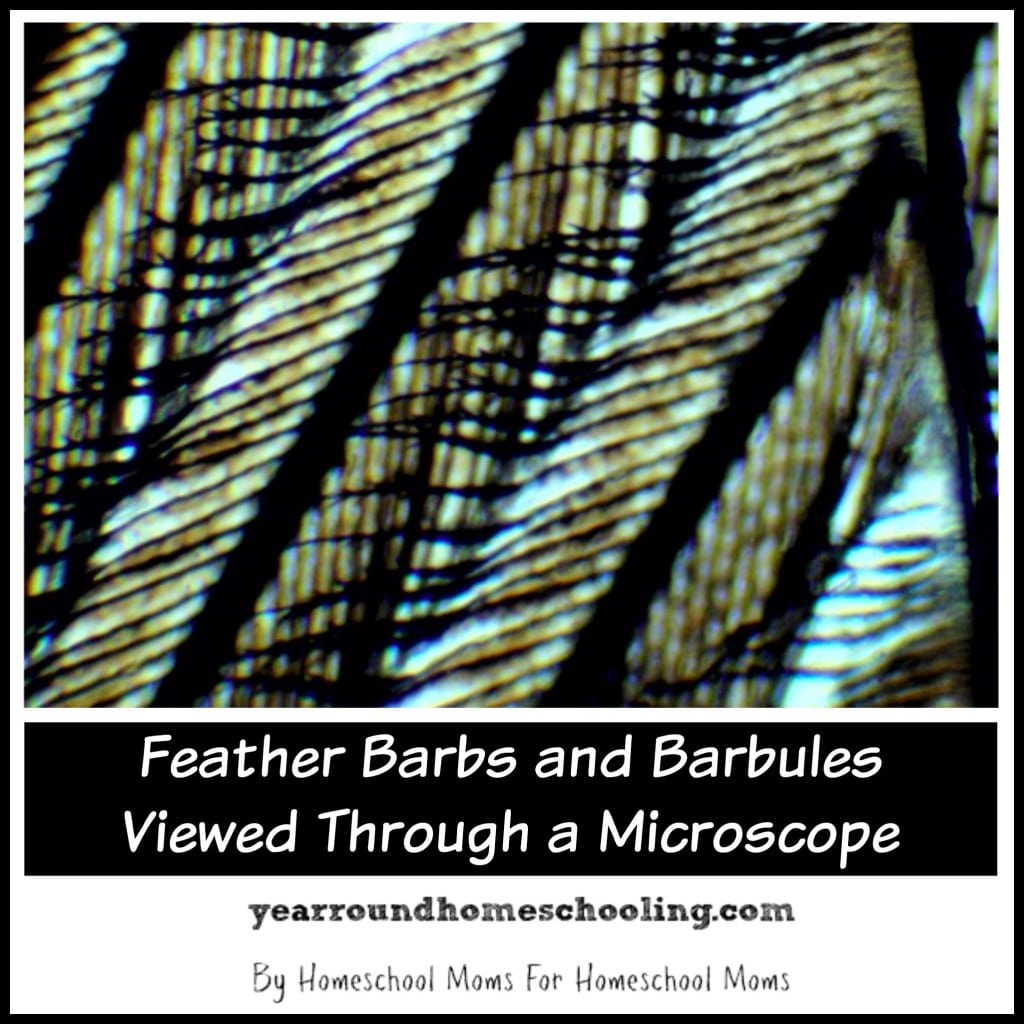 Feathers are clothing. The fluff are like our underclothing – pants and shirt. The barbs and quills overlap on top of the fluff to form a rain and windproof outer coat. The are built in temperature control and protection. Aren’t Buckbeak’s iridescent feathers lovely? You can see how they overlap so no water gets to her skin.

Feathers are ornamental. Most of the time, the male bird gets a lovely colorful coat to attract a female bird. There are a few exceptions to that rule, like blue jays and cedar waxwings, but often you can tell a male from a female by their plumage. Also, sometimes, there will be a male bird in a particular territory whose coat is more brightly colored than the other males in the area, because he is the most dominant male. Females, on the other hand, are most often duller in color, which helps camouflage them when they sit on the nest to hatch their eggs.

This picture shows Ella, a lovely favarolles chicken. Aren’t her feathers pretty? On the right, you can see her feather fluff up close to her skin.

Feathers help birds fly. A bird’s wing corresponds to a person’s arms. When a bird opens its wings, the feathers open and shut on each other like an accordion-fold fan. When the wing is open, the quills overlap, so air can’t get through them.

The information I’ve presented here is from the Handbook of Nature Study (which remains my primary recommendation for a nature study resource). You can learn even more from the internet! Here are some links for you:

And, of course, the requisite book recommendations: 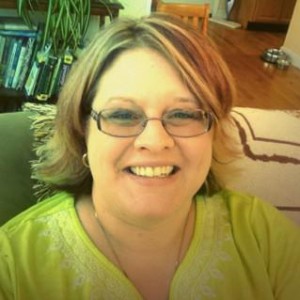