Words are the primary building blocks of learning. The more vocabulary children are exposed to, the stronger their learning foundation. This is why it is so important to read aloud to our children. Before they are able to read for themselves, one way we help increase our children’s mastery of communication is to read out loud to them. Jim Trelease, author of The Read-Aloud Handbook: Seventh Edition

, says, “The Early Childhood Longitudinal Study ( 22,000 children) found that beginning kindergarten children who had been read to at least three times a week, had a significantly greater phonemic awareness (phonics) than did children who were read to less often, and were almost twice as likely to score in the top 25 percent in reading readiness.” In addition, reading aloud helps children develop listening skills and helps them associate pleasure with reading. 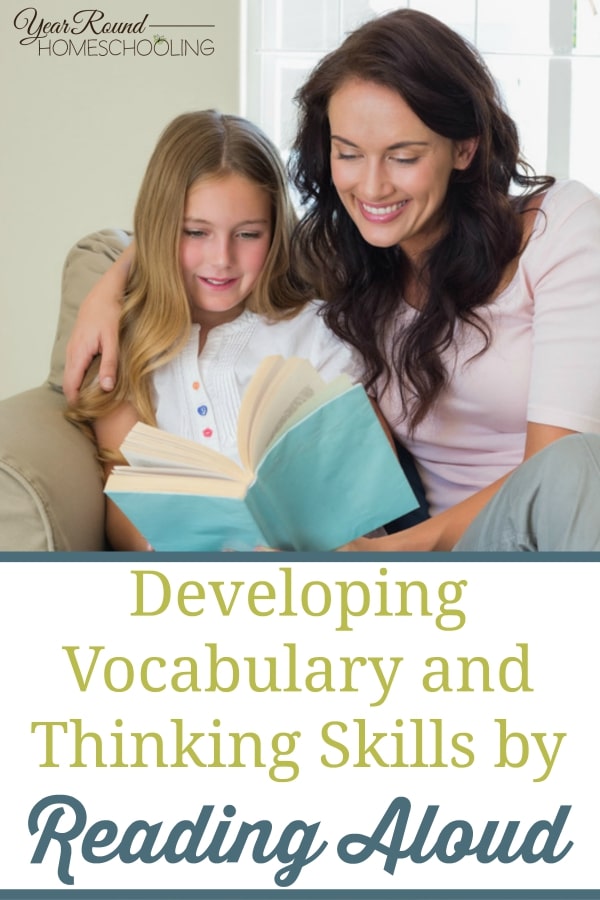 Unfortunately, many parents stop reading aloud once their children have begun to read themselves. Let’s look at a few reasons why it is beneficial to continue reading aloud to our children even through high school.

Reading aloud provides background knowledge. This is knowledge is the hook on which we can hang more information as our children mature. A story set during the Revolutionary War will lay a foundation upon which principles and facts alike can be taught with clearer understanding. A fairy tale told to a four year old will often come to life again as a child recognizes similar themes or language in modern literature.

Reading aloud to children is a great way to discuss facts, themes, and big ideas in literature. Every story contains the ability to influence our children for good or bad. Stories can educate and inspire. Not only does a child learn facts about a whole host of subjects, they also learn world view, character qualities, attitudes, and ways of behaving that may be new to them. Reading aloud gives parents the opportunity to encourage education and inspiration, but is also an avenue to get to know their children’s deeper thoughts. The discussions that occur in the midst of a riveting book are ripe territory for heart communication. It is in these moments that we can get a glimpse in our children’s hearts. What do they think? Can they see the good and the bad in the story? How do they feel about the problem? How would their feelings affect the way they would have handled issue? How would their faith change the way they would respond to the problem? This is rich soil in which parents can plant healthy seeds of thought.

In addition, reading aloud is an opportunity to enrich our children’s vocabulary. In my own experience, I found that my children’s vocabulary was far better enriched during read aloud time than with a workbook. In fact, I can’t remember a time when my children ever began to use a word simply because they had completed a worksheet. On the other hand, I remember many times reading a new word in a great book, and then hearing it a few days later – spoken aloud during play, or on the phone with a friend, or written in an essay. Each time, my mama heart jumped in triumph! Score for homeschooling!

Now on to the practical side of reading aloud!

I began reading aloud to my children when they were babies. As they grew in their ability to communicate, I would explain words that I knew they could not understand. (Think Beatrix Potter) As they grew into school age children, I would ask them if they knew a word, and if they could not, I would ask them to try to figure out the meaning based on context. Many times, this was wholly sufficient and when it wasn’t I would simply define the word and move on.

When my children were a little older, I think it was late elementary, if we came across a word we didn’t know the definition for, we began to do something a bit more formal. I remember the first time like it was yesterday. Reading aloud from J.R.R. Tolkien’s Lord of the Rings, I read:

“The Dark Lord has Nine. But we have One, mightier than they: the White Rider. He has passed through the fire and the abyss, and they shall fear him. We will go where he leads.” ~J.R.R. Tolkien, Lord of the Rings

My youngest son was six years old at the time. His hand shot up…”Mom, what’s an abyss?” I asked him what he thought it was and he concluded that it sounded like something scary and hard. He said, “The White Rider can do it…but those nine other guys can’t.” I then reminded him that it said that the White Rider passed THROUGH the fire and the abyss. “Oooohhh, it is a kind of PLACE,” he exclaimed. So in context, he was able to understand that an abyss was a kind of place and it sounded scary. My older children, ages twelve and ten, thought that it was a deep crevice of some sort.

I had the kids pull out the dictionary and they found this:

abyss – A bottomless gulf; used also for a deep mass of waters, supposed by some to have encompassed the earth before the flood. ~Webster’s 1828 Dictionary

I gave the oldest two children a 3 x 5 card. They wrote the word, along with it’s pronunciation key and it’s definition on the front. (Paraphrasing is okay!) While they did that, I asked the youngest, “How many syllables does “abyss,” have? What syllable is stressed? I wrote the word on his card for him and I asked him to draw a picture on the back of the card. We then went on to discuss whether or not Mr. Tolkien had meant to describe the White Rider in a way that was so similar to Jesus. If we were in the story, why would we follow the White Rider? Why? In our own stories…the one God is writing right now, why do we follow Jesus? I treasure those moments!

The next day, I had the older children write a sentence using the word, “abyss,” on the back of their 3×5 cards. I had my youngest dictate his sentence to me. Then I hole punched the index cards and placed them on a key ring – one for each child. Every few weeks, I would go back and review the words with each of my children. We made this a fun activity – no passing or failing, just a simple review. We usually kept one key ring per year and then tossed it into their educational portfolio at the end of the year.

In conclusion, reading aloud to our children is a cozy time of day. We all pile into the living room and take the time to connect with the literature and each other. I never make a point to define each and every unfamiliar word, nor do we discuss every big idea. I try to focus on an average of three to five words a week, and I rely upon the Lord to lead me in our times of discussion. Reading aloud is a time of comfort and communication. Who knew that it could be such a wise investment and a blessed treasure!

Honey for a Child’s Heart by Gladys Hunt

All Through the Ages by Christine Miller

You can find English printables and more by following our Pinterest board below. 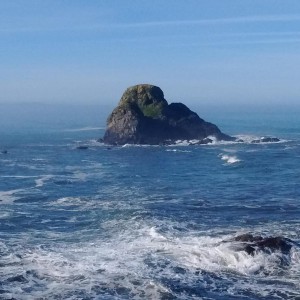 Yvonne Ferlita has been married for twenty-five years and is mother to four children ages 23, 21, 17 and 12 years old. She is a follower of Jesus and gratefully relies on His grace. Having overcome perfectionism, she has embraced the imperfect excellence found in the ordinary life God has given her. Yvonne has homeschooled her children since 1998 and has helped them enjoy their unique gifts, while overcoming various learning and life challenges. Her therapy is writing, crocheting, swimming and laughing. She and her family reside in Brandon, Florida surrounded by four orphaned cats and a lovely, but bossy, labrador retriever. She blogs to encourage at Yvonne Ferlita - Not Perfect - Just Ordinary. You can also find her on Pinterest.
All Posts
Facebook Facebook Pinterest Instagram Twitter