What is MERLD? Homeschooling Children with a Language Disorder

It was during one of my many Internet searches about language development that I landed on the acronym MERLD, and thus began my journey on researching language disorders.

I have two children with a language disorder. 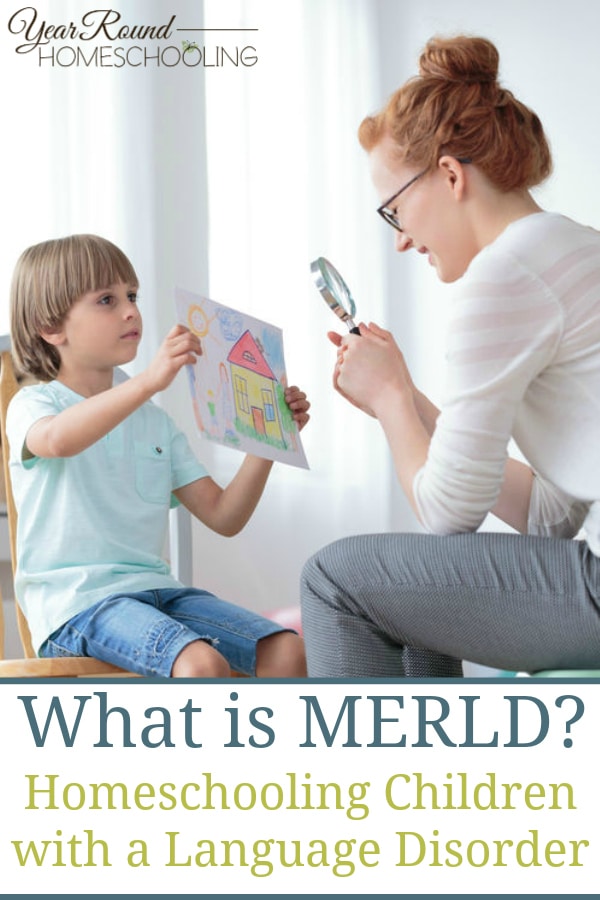 Not long after this discovery, both of my children would be diagnosed with Mixed Expressive Receptive Language Disorder (MERLD).

It’s not been an easy journey. None of my children’s peers have language difficulties, nor do any of our friends with whom we hang out regularly.

So it’s been a rather lonely one as well.

MERLD is a language disorder in which a child has difficulty both expressing themselves verbally and understanding language being spoken to them.

We began to notice that our children had both expressive and receptive delays when they were not communicating verbally at the same rate as our friends’ young toddlers.

But not only were they not communicating, we realized that they didn’t really understand us very well either.

It is not a learning disability.

We noticed other things, too: such as that they both had a fascination with numbers and were extremely adept at puzzles and putting together Legos.

They also both had a natural affinity for music.

Our youngest son could imitate sounds and people’s voices almost exactly and our oldest son could beat out a rhythm on the drums with amazing precision.

They also taught themselves how to read, and both read very well. However, because of their receptive language disorder, they had trouble understanding what they read.

Another thing I noticed was that they were very proficient with electronic devices and had amazing memories, being able to remember a car they’d seen only a few times 3 or 4 years ago.

When my oldest wasn’t even yet one, I would have to be careful about turning on the stove when he was watching, because after only watching me once, he could turn the stove or oven on by himself.

Before the age of 4, my youngest knew the 4-digit code to unlock our iPad – and to this day I’m not certain how he figured it out.

He has also been known to teach me how to use certain apps.

So clearly, my children do not have any trouble learning things, their disorder is limited only to language.

And yet because nearly all of life includes language, this presents a unique problem.

It usually isn’t a life-long disorder.

Many, if not most children grow out of MERLD.

In fact, if you do a YouTube search for the acronym MERLD, you will find videos of teenagers who have been diagnosed with MERLD, but by listening to them speak you would never know it.

Over time, a child’s ability to process language grows and matures.

While some may still process language more slowly, even stalling between words as they speak as they search for the exact word they need to complete their thought, many completely catch up with their peers while still in grade school.

Even more, because MERLD children tend to be extremely bright, many go on to University and take on careers in the sciences.

Since my oldest son was age 3, I have taught my children at home. This was the age that he began seeking to do some sort of learning – he has always been very inquisitive and eager to learn something new.

Though we have successfully enrolled him in public school, I continue to educate our youngest at home.

While we realize that it is unusual for a homeschooling family to have one child enrolled in public school while home educating another child, we feel we have made the best choice for both children.

You see,  children with MERLD – or any language disorder – are often misdiagnosed with ADD, ADHD and/or are put on the autism spectrum.

Our youngest is high-energy and has low concentration.

Low concentration for MERLD children is very common since they are slower in processing language and have trouble keeping up in a classroom.

While our oldest son has adjusted well to a public school setting, our youngest continues to struggle considerably and we’ve chosen to school him at home.

In this series of posts, I’d like to share with you how the first year of our journey went and what I’m learning along the way.

Resources I Have Found Helpful: 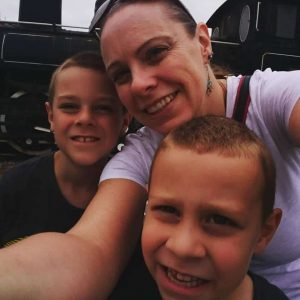 Rosilind, a Pacific Northwest native, is mom to two MERLD boys, one who is homeschooled and one who attends public school. She graduated from homeschool in 1991 and went on to work with children of all ages in various capacities ranging from daycare to Sunday School. Rosilind blogs at MERLD Homeschool Mom. 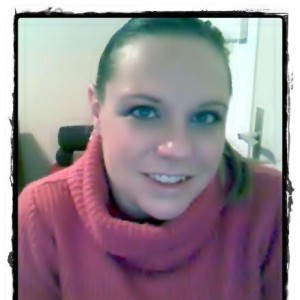