I never set out to homeschool. Not that I had anything against homeschooling, but it’s just that it was never on my radar. As a product of public schools and a school psychologist, I just always assumed that our children would attend public school. 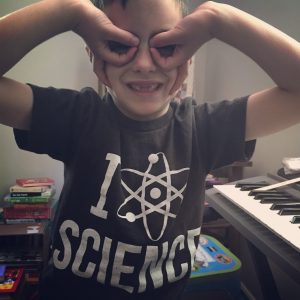 Early in his school career, Leo had oodles of fun in preschool, due in large part to a phenomenal student-teacher match. Leo’s preschool teacher understood him and appreciated his passion, boundless energy, and non-stop questioning. He had a blast those two years, and he blossomed.

And then he went to kindergarten.

If I’m being perfectly honest, we knew it would be a tricky year. But we told ourselves it would be okay.

It will be good socialization.

It’s only half day.

We need time to figure it out.

As the year wore on, my son’s complaints about school increased. He would climb in my car at the end of the day and ask, grim-faced, “Do I have to go tomorrow?”

Our passionate little guy, our energetic little fellow, our creative thinker was losing his love of learning.

By spring, we had a mounting pile of behavior slips and a testing appointment with an psychologist upstate, and by Memorial Day weekend we had an answer.

My son is profoundly gifted. At age 6, in kindergarten, he had cognitive abilities above the 99.9th percentile and academic abilities two to six years above his grade level.

He is also twice-exceptional and that means that he is both gifted and learning disabled. He struggles with sensory processing disorder (SPD), could meet diagnostic criteria for ADHD, with a dollop of anxiety thrown in for good measure.

The psychologist who performed the evaluation strongly advised us to homeschool. After one terrible, horrible, no good, very bad meeting with our elementary school, we found ourselves suddenly, unexpectedly homeschooling, a path we never anticipated and yet fully embraced.

Now, at age 7, our son could be the poster child for asynchronous development. Physically, he looks like your typical 7-year-old. He has the intellectual abilities of someone more than twice his age. He has academic abilities ranging from third grade to high school. Emotionally, he is very much seven and perhaps even a bit younger.

Be honest: when you first read the word gifted just now, what immediately came to mind? Did you think of me as One Of Those Moms? Do you assume I’m a Tiger Mom? Do you think my husband and I have hot-housed our son since birth, enrolling him in every available activity as soon as he could walk? Do you assume my son is a great student? Do you think everything comes easily to him? Do you assume he must be easy to parent?

When people hear the word gifted, it conjures images of neatly wrapped packages. The word gift implies that one has been given something; that one has a leg up over others. They imagine gifted students as star students. They assume gifted kids have it easier and that parents of gifted children are lucky. There are so many misconceptions out there about gifted and twice-exceptional learners.

Gifted is a loaded term. It’s so loaded that folks are afraid to even talk about it. Today, I’m talking about it. I’m here to tell you that parenting and educating a twice-exceptional child is not easy. Our path has not been anything like the neatly wrapped package that the label conjures. As the parent of a profoundly gifted and twice-exceptional child, I struggle with the public’s misconceptions. I wish I could change them, so that life would be a bit easier for this population. Raising and educating our son has been our greatest challenge. We wouldn’t change a minute of this journey, but I do wish I could change the public’s perception of gifted and twice-exceptional learners.

Here is my gifted reality:

When my son was in kindergarten, his academic skills were 2 to 6 years above his grade-level. He read The Hobbit on the ride to school, but he was the fidgety kid in the back of the class, tipping in his chair and singing the Frozen soundtrack in reverse order. He was the kid who brought his paperclip collection to school to fidget with, the kid who doodled on his neighbor’s paper rather than listen to the teacher.

Gifted kids can have learning disabilities

My son’s cognitive abilities are above the 99.9th percentile but is diagnosed with SPD and meets criteria for an ADHD diagnosis. He is twice-exceptional: gifted and learning disabled, and he is not alone. There is an entire population of twice-exceptional students who struggle to have their needs met in a public school setting.

When my son was five, we went out to breakfast with some of his friends. As we were leaving the restaurant, my son pointed to a garden trellis and shouted, “Guys! Look! Doesn’t that lattice work remind you of a portcullis?” His friends smiled and carried on with their play as I Googled portcullis on my phone. He was right, it did look like a portcullis. And then my heart sank because I wondered if he will ever have friends who truly get him and his unique thinking.

When my son is happy, he’s really happy. As in, overjoyed, literally bouncing-off-the-walls happy. When he is sad, he collapses into a mushy mess on the floor. When he is scared, he is terrified. When we are out in public and he meets with frustration, he can throw a fit to rival that of any two-year-old.

My son is extremely sensitive. He was unable to watch television for many years; the themes were just too much for him to handle until recently. Even now, at age 7, we have to be very cognizant of what we watch. He is already afraid of war, crime, poverty, and global warming without watching television.

I have learned so much from homeschooling our gifted son, but I know that our journey is just beginning. My son has taught us so much in his seven short years on this planet. His has been a joy to raise, however, parenting him has been the greatest challenge of our lives. With patience, and education, and understanding, our journey has gotten a bit easier, but it has never been easy. He is my wisest teacher and for that, I am forever grateful.

Now, it’s your turn. Are you the parent of a gifted or twice-exceptional child? What have you learned from your child? What do you wish people understood about giftedness? Share here! 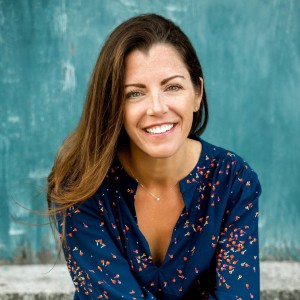 Cait is a school psychologist, mom to three amazing children, and an unexpected homeschooler. She loves nature, good books, board games, strong coffee, and dancing in her kitchen. You can read about all of these things and more at My Little Poppies. Cait co-hosts The Homeschool Sisters Podcast. She is a contributing writer at Simple Homeschool and GeekMom. Her work has also appeared on The Huffington Post, The Mighty, and Scary Mommy. Cait is founder of Granite State Gifted, a support group for families of gifted children in the NH and MA area, and is co-founder of Raising Poppies, an online Facebook community for parents of gifted and twice-exceptional children. You can find her on Facebook, Pinterest, Twitter, Instagram and G+.
All Posts
Facebook Facebook Pinterest Instagram Twitter

Close Menu
×
4
To help personalize content, measure adverts and provide a safer experience, we use cookies. By giving consent, you agree to allow us to collect information through cookies.OkNoRead more