Indiana is the 5th largest state in the U.S. and is full of amazing history to explore. As you work your way through U.S. geography you can use this Indiana State Study to discover this fascinating state. 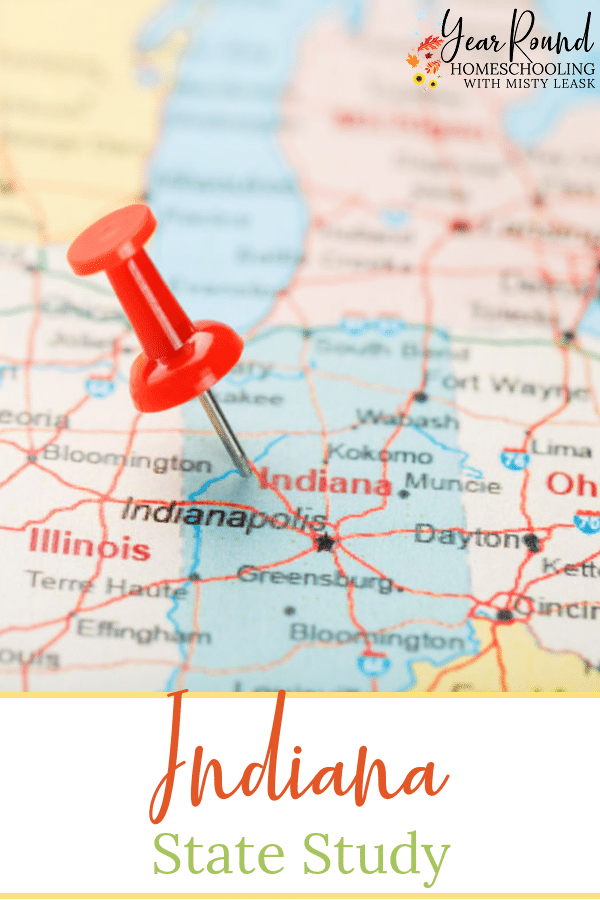 Did you know that six US Vice Presidents were from Indiana or that there is a Santa Claus, Indiana? These are just a couple of facts I learned while putting together this state study of Indiana.

History of the State of Indiana

History of the State of Indiana

The History of Indiana

When did Indiana become a state?

What is the state capital of Indiana?

Indianapolis. The Indianapolis state capitol building was completed in 1888.

The state ranks 15th in the nation in terms of population. According to the latest census taken in 2010, Indiana’s population is 6,483,802.

The state of Indiana is 36,418 square miles of land and water.

Indiana means land of the Indians. The name comes from the territorial name of Indiana territory before Indiana became an official state in the union.

The state motto, adopted in 1937, is “The Crossroads of America.”

Written by Paul Dresser and adopted in 1913, the state song is “On the Banks of the Wabash.”

Officially adopted by the 1963 Indiana General Assembly, the state seal depicts a pioneer scene: a woodsman is felling a tree, a buffalo fleeing from the sound of the ax, and the sun gleaming over a distant hill. The seal has been in use since 1801, even though it wasn’t adopted until 1963.

Adopted by the 1933 Indiana General Assembly, the state bird is the cardinal.