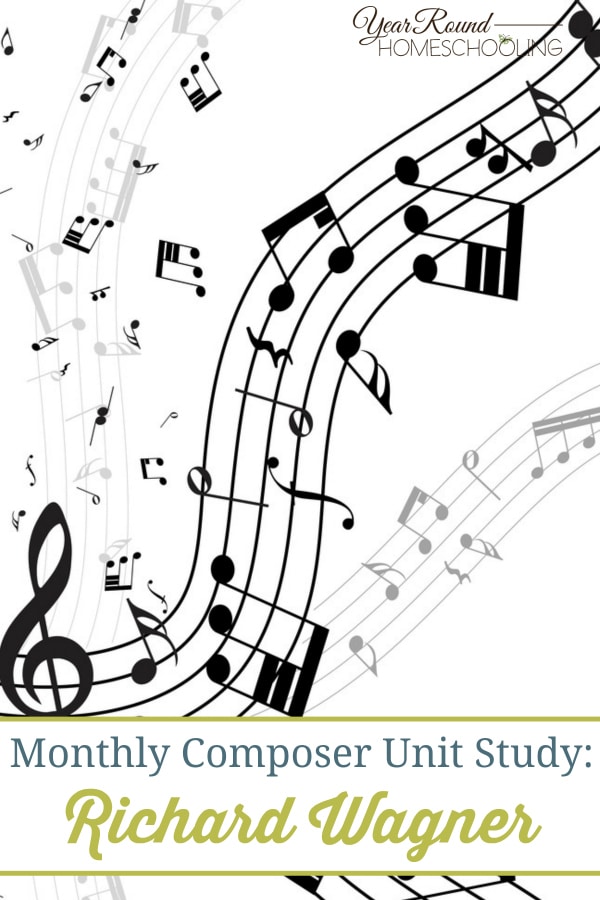 Many of you have probably never heard of Richard Wagner, but you have likely heard his music. Whether in its original classical form or a more modern version, Wagner’s music is heard in concert halls, movies and has even inspired television themes. I have been privileged to play several of his compositions in my orchestra days, but my favorite is Ride of the Valkyries.  Read more about Richard Wagner in this month’s composer study!

If you want more notebooking pages, don’t miss the ones I made last year. They will work perfectly to study any composer as you go through the month of November. I’ve also gathered some great resources you can use while you’re studying Richard Wagner next month.

Check out these compositions by Wagner. It takes a few clicks to get to the actual songs, but keep going – it’s worth it!!

This YouTube recording includes nearly two hours 0f a variety of the BEST of Wagner. This would be great to play softly while you’re reading about him or doing other work, as a fun and easy way to introduce it to the kids. You can also listen to some of his famous compositions, such as Der Ring des Nebelungen, Tristan und Isolde: Prelude and Ride of the Valkyries.

NOTE: These books are merely recommendations for you to use along side your studies. Please review these resources before allowing your children to view, read or listen to them. 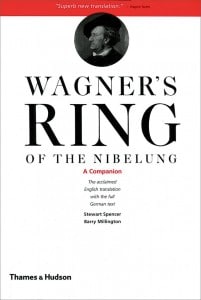 Wagner’s Ring of the Nibelung: A Companion – First published in 1993, this acclaimed translation, which follows the verse form of the original exactly, filled that niche. It reads smoothly and idiomatically, yet is the result of prolonged thought and deep back- ground knowledge. The translation is accompanied by Stewart Spencer’s introductory essay on the libretto and a series of specially commissioned texts by Barry Millington, Roger Hollinrake, Elizabeth Magee, and Warren Darcy that discuss the cycle’s musical structure, philosophical implications, medieval sources, and Wagner’s own changing attitude to its meaning. With a glossary of names, a review of audio and video recordings, and a select bibliography, this book is an essential complement to Wagner’s great epic. 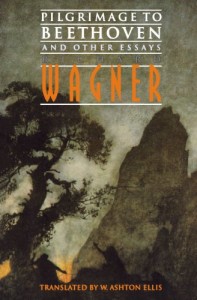 Pilgrimage to Beethoven and Other Essays – When Wagner published the first collection of his writings he was pleased to admit how well he wrote, even when young. Historians and musicians ever since have agreed that some of his most important and revelatory works were written when he was first establishing his reputation in Paris and Dresden.Pilgrimage to Beethoven and Other Essays provides translations of the first two volumes of hisGesammelte Schriften (1871-1873). These works reveal how committed he was to emphasizing Germanic qualities in his music and define his opposition to the music of France and Italy. 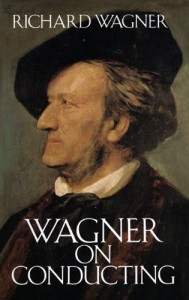 Wagner on Conducting – Just as Richard Wagner’s music deeply stirred the musical world and inspired a generation of composers, so his many performances on the podium with Europe’s leading orchestras galvanized nineteenth-century audiences and shaped a generation of conductors. Wagner wrote eloquently on his theories of conducting and musical interpretation, and in 1869 he published the famous essay reprinted in this volume, a work that abundantly reveals both the wellsprings of his musical genius and the qualities that made him a figure of controversy. 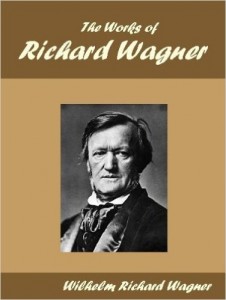 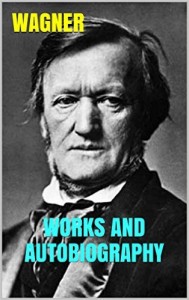 Works and Autobiography: Wagner – My Life. Tristan and Isolda. The Rhinegold & The Valkyrie. Parsifal. On Conducting (Ueber das Dirigiren): A Treatise on Style in the Execution of Classical Music. The Case Of Wagner, Nietzsche Contra Wagner, and Selected Aphorisms. Opera Stories from Wagner by Florence Akin. 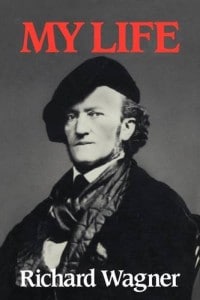 Richard Wagner: My Life – This reprint is of the first English paperback edition of Richard Wagner’s autobiography. This is a primary document of enormous importance for all Wagner enthusiasts, being virtually the sole source of information of the composer’s childhood and youth. Written for Wagner’s second wife, Cosima, and his patron, King Ludwig II, the autobiography runs from the composer’s birth up to the eve of his fifty-first birthday in 1864. Given the intended readership and the circumstances of its composition it is hardly surprising that Wagner should either omit or distort facts from time to time: he does not linger over previous affairs, he portrays his relationship with his first wife, Minna, as a good deal more distant than it really was and he plays down his involvement in the Dresden uprising of 1849. Despite all this, the book presents a panoramic view of Wagner’s times and contemporaries and offers a unique perspective on the operas themselves. This translation is of the complete edition published in Munich in 1963 and based on the manuscript in the Wagner Archives in Bayreuth. Wagner’s slips of memory are noted, as are references to obscure names and events. 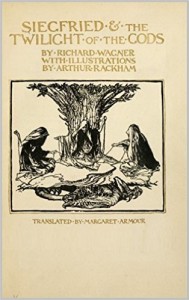 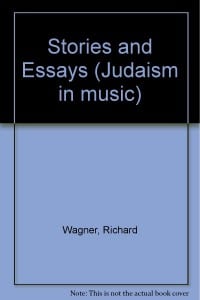 Richard Wagner Stories and Essays – The ten volumes of Wagner’s complete works are often impenetrable. This is a collection of nine short pieces by Wagner, selected for their readability and the light they shed on his development as a composer. They include the short stories about an unsucessful Beethoven-worshipping composer, which Wagner first published in Paris, the essays “On Opera Libretti and Composition”, “The Niebelungen – World History as Told in Saga” and “What is German?”, and the notorious and influential antisemitic essay. 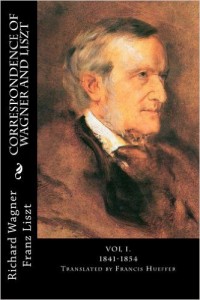 Correspondence of Wagner and Liszt: Vol. 1 1841-1854 – This fascinating two-volume selection, published in 1888, covers the period 1841–61. Hueffer signals in his preface the importance to Wagner of the encouragement of Liszt – an established performer when Wagner was barely known and widely ridiculed, a musical mentor, an enthusiastic critic and eventually a father-in-law.

**NOTE: I recommend parents screen books before allowing their children to view them. You know your children and what is appropriate for you kids, these are merely suggestions. 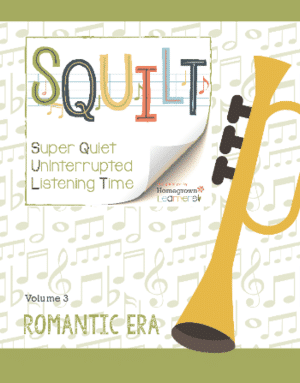 SQUILT is another fantastic way to introduce kids to music and help them fall in love with the classics. This volume covers Liszt, Wagner, Verdi, Brahms and more, which you can learn more about in the Romantic Era: Volume 3. 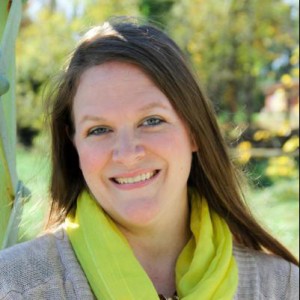 Annette has been married to her husband and best friend for 10 years. Together they are raising their four children to follow the Lord’s will, no matter what. Annette longs for the day when she will meet her 5 angel babies who have entered heaven before her. She enjoys creating FREE PRINTABLES for homeschool families and she gets her scrapbooking fix in by making Subway Art for herself and her readers. You can follow her crazy life at In All You Do where she blogs about homeschooling, gluten- and grain-free recipes (when she cooks), homemaking, the occasional DIY projects and maintaining her sanity. You can also keep up with her via Facebook, Twitter, Google+ and Pinterest.
All Posts
Facebook
Facebook
Pinterest
Instagram
Twitter