When I think of Alaska, darkness and cold are what come to mind first. While I know that it is a beautiful state, that is what naturally comes to my mind. While it can be dark and very cold in Alaska, this Alaska State Study will teach your kids all about its history, state facts and much more! 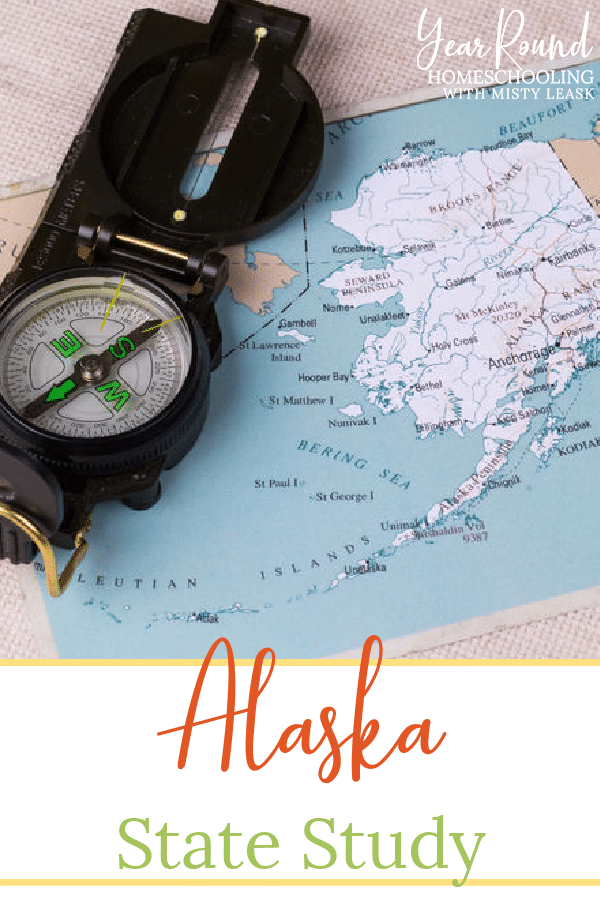 Learning about the country we live in is an important part of your children’s education. While you may not be able to visit all 50 states in the U.S. You can still ensure your children learn about the important role each state plays in our country.

History of the State of Alaska

The History of Alaska

History of National Forests in Alaska

This Month in Alaska History

The name ‘Alaska’ came from the native Aleut word, ‘Alaxsxaq’ (or Alyeska) which has been translated as “mainland” or “great land”, but the literal meaning of the word is: “Object to which the action of the sea is directed” or “That which breaks against the shore”.

The Alaska state motto is, “North to the Future”.  It was chosen during the Alaska Purchase Centennial in 1967 and was created by Richard Peter. The motto represents Alaska as a land of promise for the future.

Alaska was the 49th state to be admitted to the US. Due.to its rugged terrain, harsh climate, its great expanse, and the distance from the rest of the states, it was nicknamed, “The Last Frontier”.

The song “Alaska’s Flag” was written by Marie Drake and chosen as the state song in 1955.

The blue background represents the blue sky and the state flower, forget-me-nots. The north star represents Alaska as the most northern state and the dipper (or Great Bear) represents great strength. It was adopted as the state flag on May 2nd, 1927, and was designed by Benny Benson. 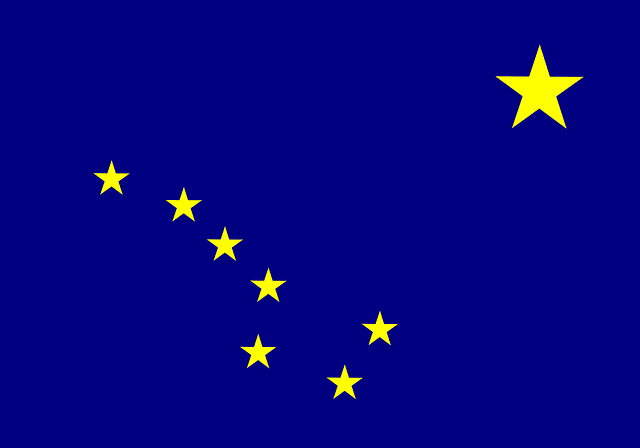 The Willow Ptarmigan was chosen as the state bird in 1960 when Alaska became the 49th state. He changes color from light brown to snowy white in the winter.

The Sitka spruce, an evergreen tree that grows in central and southeastern Alaska was chosen as Alaska’s state tree in 1962.

The largest-ever world record for a Chinook Salmon was caught in Alaskan waters, so it makes sense that it should also be adopted as the state fish.

The four-spotted chaser dragonfly was designated Alaska’s state insect in 1995.

In 1983, the bowhead whale was chosen as the Alaska state marine mammal.

The Wooly Mammoth was chosen as the Alaska state fossil in 1986.

Forget-me-nots (scorpion grasses) are found all over Alaska and were chosen as the state flower in 1917.

What did your children enjoy learning the most about the state of Alaska?

Close Menu
×
22
To help personalize content, measure adverts and provide a safer experience, we use cookies. By giving consent, you agree to allow us to collect information through cookies.OkNoRead more