Our last trip out west included a stop in Arizona and we were blessed to see the Grand Canyon. It was an amazing experience and the views were spectacular. While that is what the state of Arizona is most known for, this Arizona State Study will teach you much more! 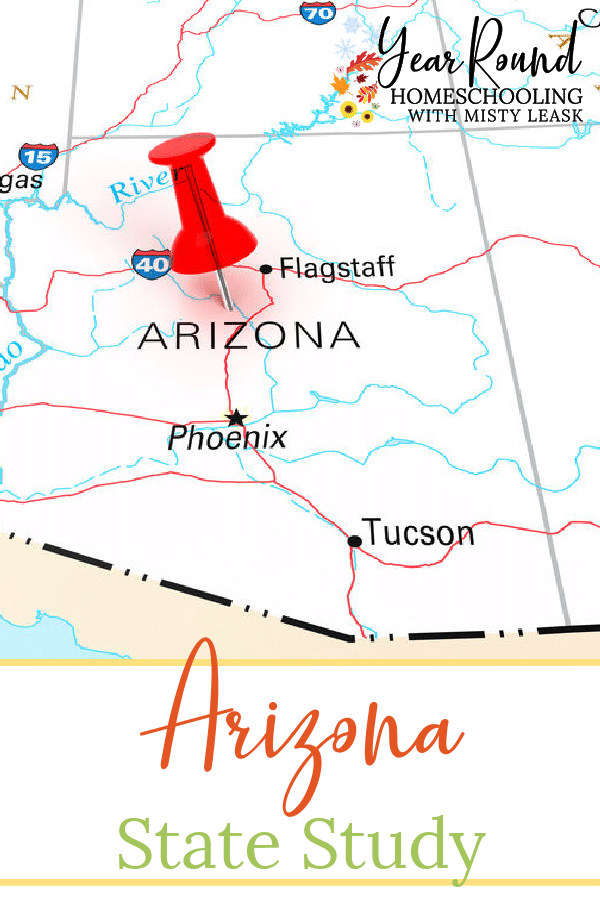 The more resources I create for homeschooling, the more I learn. While putting together this study, I was brought back to my childhood and it made me smile. My brothers loved the TV show, ‘The Lone Ranger’. In fact, they would take turns pretending who was going to be ‘The Lone Ranger’ and who would be ‘Tonto’. As your children will discover through this study, there is a national forest that bears the name of my brothers’ favorite sidekick.

I designed this Arizona State Study to make learning about ‘The Grand Canyon State’, both a fun and educational experience. I’ve included videos, articles, literature options, state facts, famous landmarks and more to provide thorough learning opportunities for your children.

History of the State of Arizona

The History of Arizona

This Day in Arizona History

Some have thought that the name Arizona came from the Spanish term Arida zona. However, that is a popular misconception. The name actually comes from the O’odham name for the area, Ali sonak, which means “small stream”.  In fact, that name is still used for that area by the O’odham today. To European settlers, their pronunciation of the place sounded like Arissona. That is how the name Arizona came to be.

In 1863 Richard McCormick designed the first Arizona seal on which he wrote the Latin phrase Ditat Deus which means “God enriches”. Statesmen complained about the seal saying it looked like the picture of a baking powder can and it has been improved upon several times over the years, but the motto Ditat Deus has stayed and become the state motto.

On February 28, 1919 “The Arizona March Song” was adopted by the 4th legislature as the Arizona State Song. The words were written by Margaret Rowe Clifford and the music was composed by Maurice Blumenthal.

“I love you, Arizona” written by Rex Allen, Jr. was adopted by the 35th Legislature as an alternative state song.

The upper half of the flag consists of 13 red and yellow strips representing the original 13 colonies of the United States. The colors represent the Spanish flag that Coronado originally brought with him when he came to Arizona in 1540.

The lower half of the flag is the same blue color as in the American flag. The star in the center is copper in color representing the fact that Arizona is the largest producer of copper in the United States. The flag was originally made for the Arizona Rifle Team and was adopted as the Arizona State Flag in 1917 by the 3rd legislature. 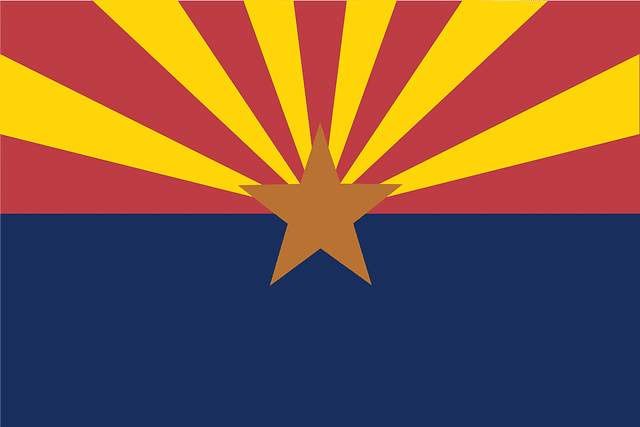 The Cactus Wren was adopted as the Arizona state bird on March 16, 1931.

In 1954, the Palo Verde Tree became the official state tree.

In 2001, the Two-tailed Swallowtail Butterfly was selected as the state butterfly.

The Ringtail (also known as the Miner’s Cat) was chosen to be Arizona’s state mammal in 1986.

Arizona declared Lemonade as their state drink in 2019.

What did your children enjoy learning the most about the state of Arizona?

Close Menu
×
44
To help personalize content, measure adverts and provide a safer experience, we use cookies. By giving consent, you agree to allow us to collect information through cookies.OkNoRead more