Colorado is probably best known for the Rocky Mountains. However, there is so much more to learn about ‘The Centennial State’! This Colorado State Study is a great resource for your geography studies. 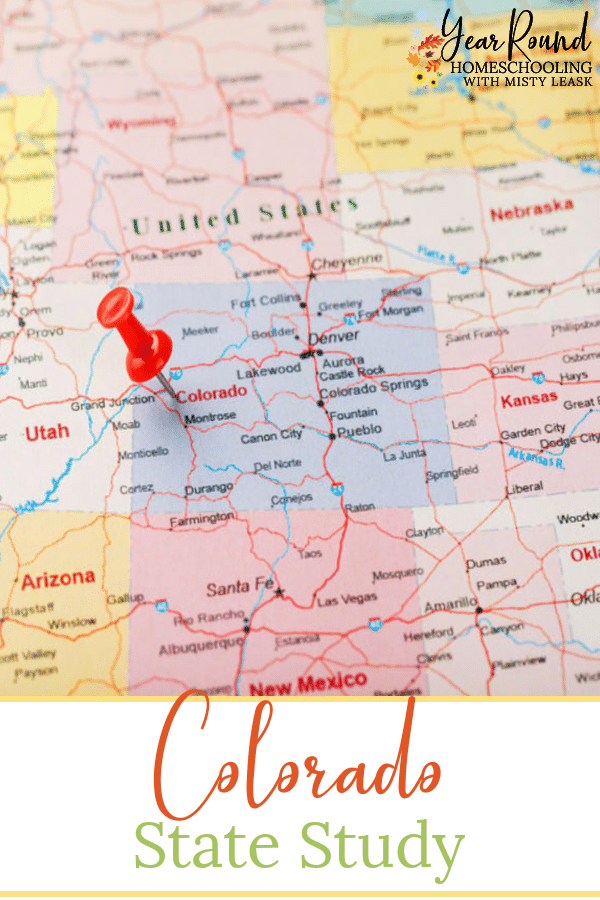 When my children and I visited my brother in Colorado, my husband was unable to come. Hopefully, someday, he and I will be able to travel like we hope to and he too can see the Rocky Mountains.

While I didn’t personally enjoy being the driver on that trip, I think I would enjoy them more if we didn’t visit in November when there were snow and ice all around.

I designed this Colorado State Study to make learning about ‘The Centennial State’, both a fun and educational experience. I’ve included videos, articles, literature options, state facts, famous landmarks and more to provide thorough learning opportunities for your children.

History of the State of Colorado

The name Colorado finds its origin in the Spanish language meaning “colored red”. It is called that because of the red sandstone found in the area surrounding the Colorado River. The name was officially chosen for the entire Colorado territory in 1861.

Nil Sine Numine- “Nothing without the Deity” was chosen as the motto by the First General Assembly and placed on the state seal in 1877.

Colorado’s nickname, The Centennial State, came from the fact that in 1876, 100 years after the signing of the Declaration of Independence, Colorado became the 38th state of the Union.

‘Where the Columbines Grow’ was written and composed by Dr. Arthur John Fynn in 1911. It was chosen to be the official Colorado state song in 1915.

The flag was designed by Andrew Carlisle Carson and adopted as the official state flag in 1964. 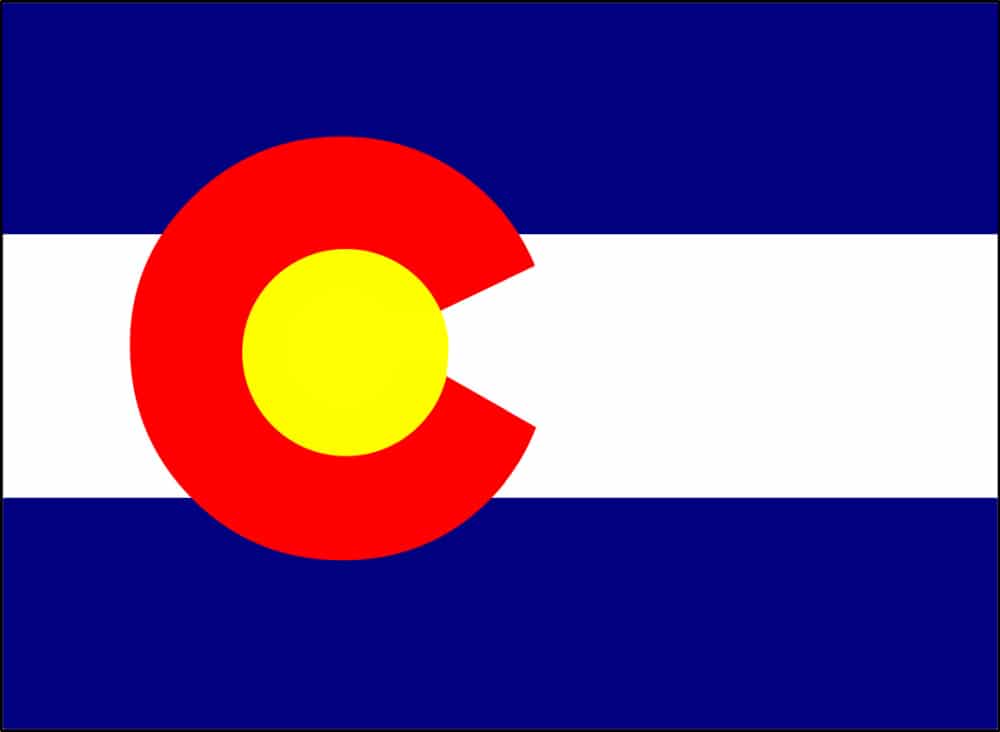 The Lark Bunting was adopted as the official state bird of Colorado in 1931.

The Colorado Blue Spruce was officially adopted as the state tree in 1939. It was first discovered on Pikes Peak by botanist C.C. Parry a mere 77 years previously.

In 1994, the Greenback Cutthroat Trout was adopted as the Colorado state fish by the General Assembly.

In 1996, the beautiful purple and black Colorado Hairstreak became the official state butterfly.

The Western tiger salamander was chosen to be the Colorado state amphibian in 2012.

In 1991, the Colorado General Assembly adopted the Stegosaurus as the state fossil.

The aquamarine was designated as the Colorado state gemstone by the General Assembly in 1971.

In 1899, the Colorado Columbine (sung about in the state song) was chosen as the official state flower. In 1925, it became illegal to uproot the flower on public grounds and the plucking of the flower or its buds is limited.

What did your children enjoy learning the most about the state of Colorado?